The introduction to letterform was really enjoyable. I know that I feel that already I have a better understanding of letterforms and how to space them. At first I feel I didn’t really get how you could see the spaces between each letter. 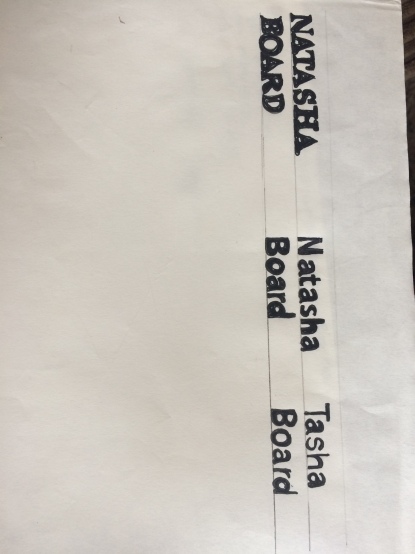 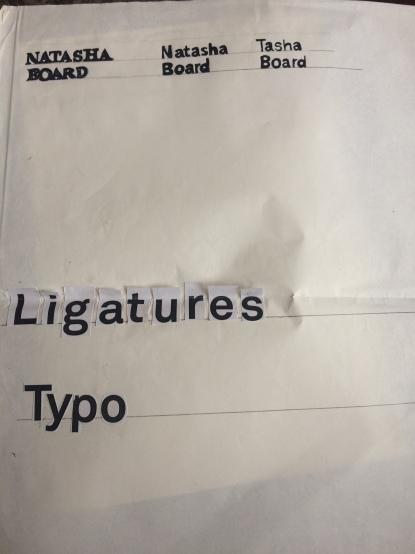 We were all given a variety of different letterforms like san serif’s and serif’s and we used this to trace our name using even spaces between them. It took a couple off attempts to get it right. I could see the different and improvement as I continued to repeat my name along the page.

refined like the example shows. The forms of the letters reflects the gestures of human hands when writing as they are loosely based on calligraphic font styles.

The typefaces of this period are called Transitional.Transitional Characteristics. A greater contrast between thick and thin stokes. Wider, gracefully bracketed serifs with flat bases.

Humanist serifs. It is sometimes called “Old Style,” this is the very first kind of Roman typeface. The letters are derived from a pen held at a consistent angle, creating a steady, readable rhythm.

Script typefaces are based usually on the varied and often fluid stroke created by handwriting.They are organised into highly regular formal types similar to cursive writing and looser, more casual scripts.

al classic serif of today. It is also referred to any upright typeface. It is on of the three major type classifications of Western typography, Roman is the style in widest use.

handwriting. Owing to the influence from calligraphy, such fonts normally slant slightly to the right. Italics are a way to emphasise key points in a printed text, or when quoting a speaker a way to show which words they stressed.

ave the same height. A large letter, either capital or uncial, used in writing or printing.

Minuscule font doesn’t mean smaller it just means some parts higher or lower than average. it is the opposite of majuscule where the type is created to be printed in extremely small yet still legible sizes.

The letters of a condensed font have the same set-widths that are narrower than in the standard typeface from the same family. The term con

densed font is applied to fonts where each variation is much taller than it is wide.

A ligature occurs where two or more letters are joined as a single glyph. an example would be ae which means the letters e and a are joined. Joins tw

o or three separate characters together to form a single unit.

Gothic do not have the decorative touches that typify Roman typefaces. This typeface is clean and simple design makes them ideal for the display text, this may make it hard to read in long paragraphs.

Slab serif typefaces are larger square serifs which are considered bolder than others. It is described
as block like it is usually blunt and

ification which use subtle serif brackets. This english typeface is popular and recognisable world wide. It is used in road signs.

ular. Times New Roman, Garamond and Palatino all use this style of serif.

wo ridges meet. Bifurcations have the appearance of branch points between curved lines. The number and locations of the bifurcations and ridge endings. It vary from finger to finger in any particular person.

This is very similar to bifurcated only rather than the serif just being split in two there are small spike poking out the middle of the two slopes of the serif. this has a similar effect to light-heartedness like with the bifurcate

d but there is much more exaggerated feel here which increases the overall feeling.

These letterforms have noticeable tails,flourishes,or ot

her elements from other forms where the feature are more dramatic. To a modern eye they look like extra human hand.

This is usually all in caps and characteristically extremely bold. the introduction of this new type into advertising altered the appearance of advertising in this era.

This when a lower-case letter is placed quite high above its base line (in line with the top of a capital letter) and made much smaller than usual. This is usually done for abbreviations and dates etc such as 6th.

These typefaces are usually highly aesthetic and decorated capital let

ters that appear at the beginning of story usually. These are popular still today. Regular versals are usually decorated with images.

This is a text widget. The Text Widget allows you to add text or HTML to your sidebar. You can use a text widget to display text, links, images, HTML, or a combination of these. Edit them in the Widget section of the Customizer.